I bought the US Speedo guage overlays back before Christmas, in blue, and was hoping they'd show up being a much darker blue than they were on the US Speedo site, which looks way too bright to match the interior accents of my truck, but I figured I'd give it a try, since I had a gift certificate to StreetBeat Customs that I had to use on something. Here's the install process and a few pictures:

First step, pull the cluster out of the truck. Not too hard, actually, the bezel around it just pulls off, and its held in place by 4 7mm screws, one in each corner. Remove those, unplug the wiring harness from the back, and it comes out easy. The plastic lens pops right off, just have to apply pressure to the 7 mounting tabs (3 on top, 4 on bottom). Then pull off the needles The factory overlay just peels off, although it is glued into place with some sort of adhesive. I had a picture of the cluster with the factory overlay removed, but its even worse than the rest of these pictures, you can't see anything, so I scrapped it. Here's a pic with the new overlay on the cluster.

Then put the housing back around it and put the protective lens back over it. Then put it back in the truck and make sure the needles are properly aligned. 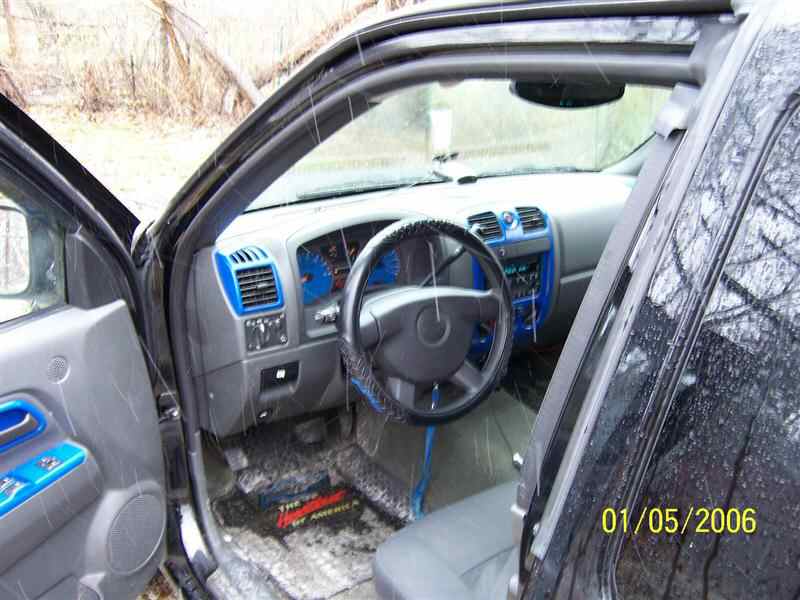